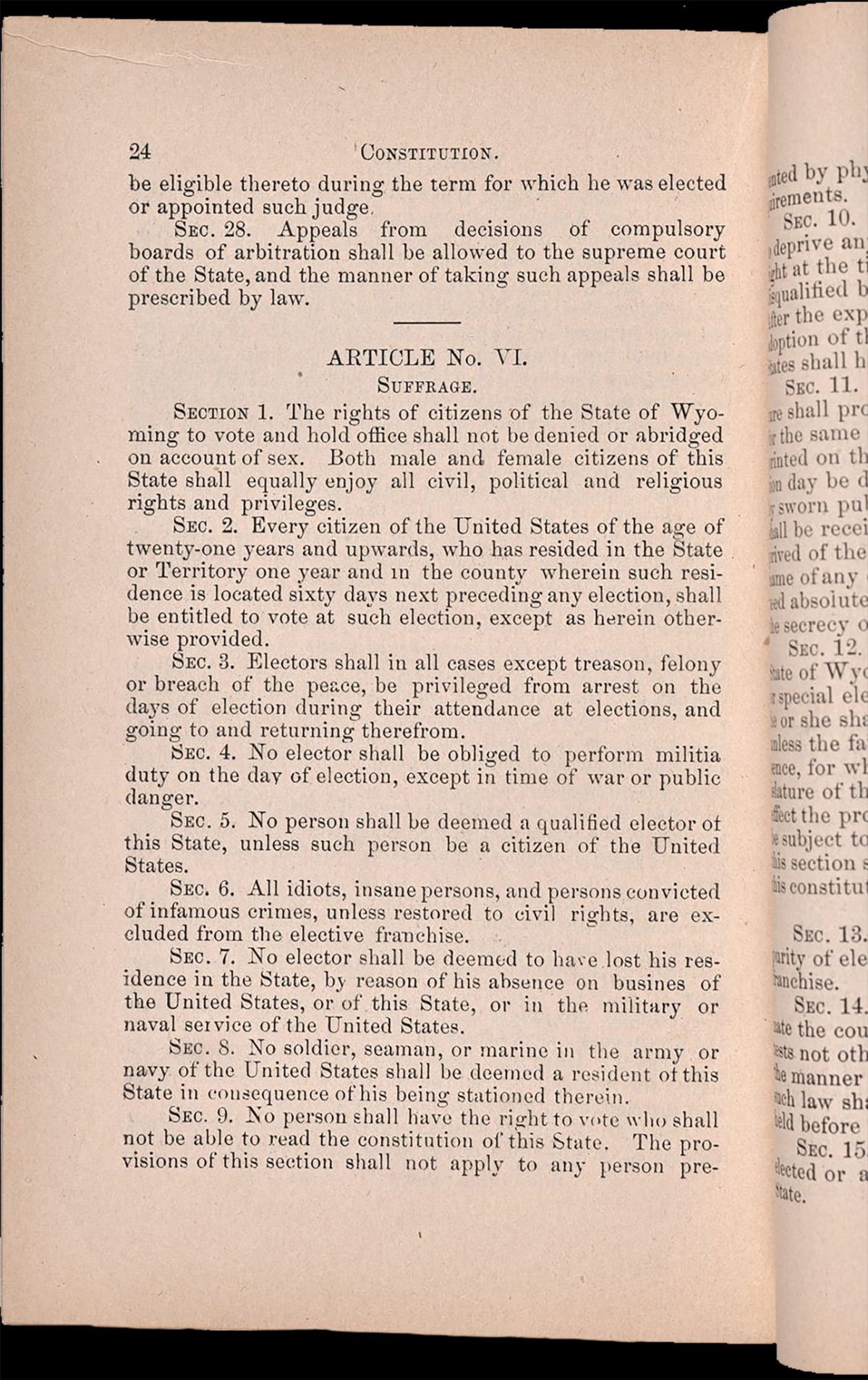 Nothing in the United States Constitution prevented individual states from allowing women to vote. Except for a limited experiment in New Jersey between 1790 and 1807, however, no state took advantage of this opportunity.

In 1889, Wyoming’s state constitution broke new ground by guaranteeing that “male and female citizens” would enjoy all rights “equally”—including the right “to vote and hold office.”

Although several other states soon followed Wyoming’s example, nationwide women’s suffrage remained uncertain for the next three decades. Only in 1920, with the ratification of the 19th Amendment, were women throughout the United States finally able to participate in elections. 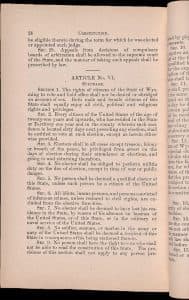 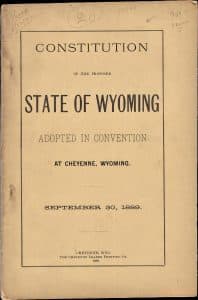 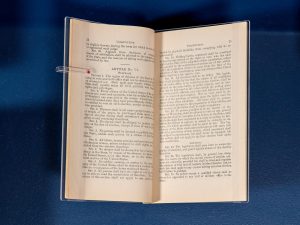 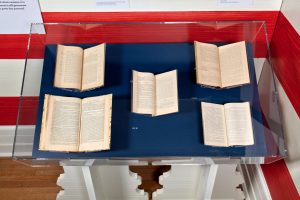