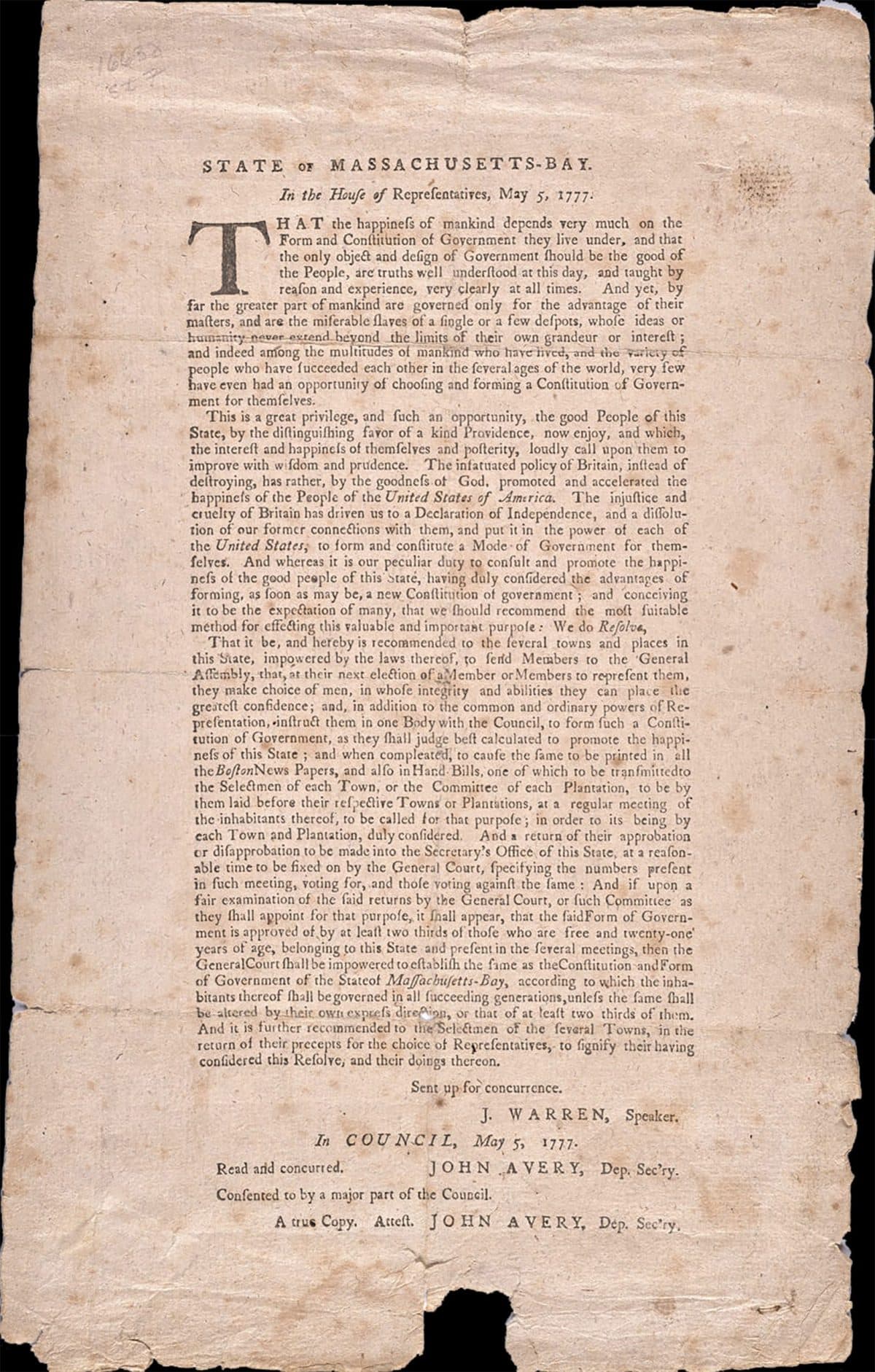 Resolve of the Massachusetts General Court of May 5, 1777

As Americans gained more experience in self-government, they developed new ways to write and adopt their constitutions. In 1777, Massachusetts took an important step by announcing that, before its new constitution went into effect, the people would need to vote to approve it. When Massachusetts citizens rejected a proposed constitution the following year, they signaled that their consent could never be taken for granted. The people truly did have to ratify the kind of government under which they lived.

Printed on one side of a large piece of paper, this document took the form of a broadside meant for public display.  Widely disseminating information and news, it could easily be posted in places where people gathered. 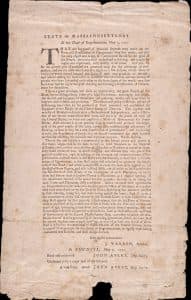 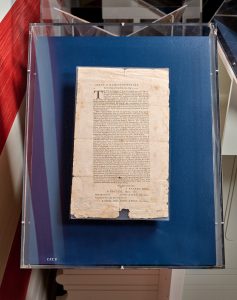