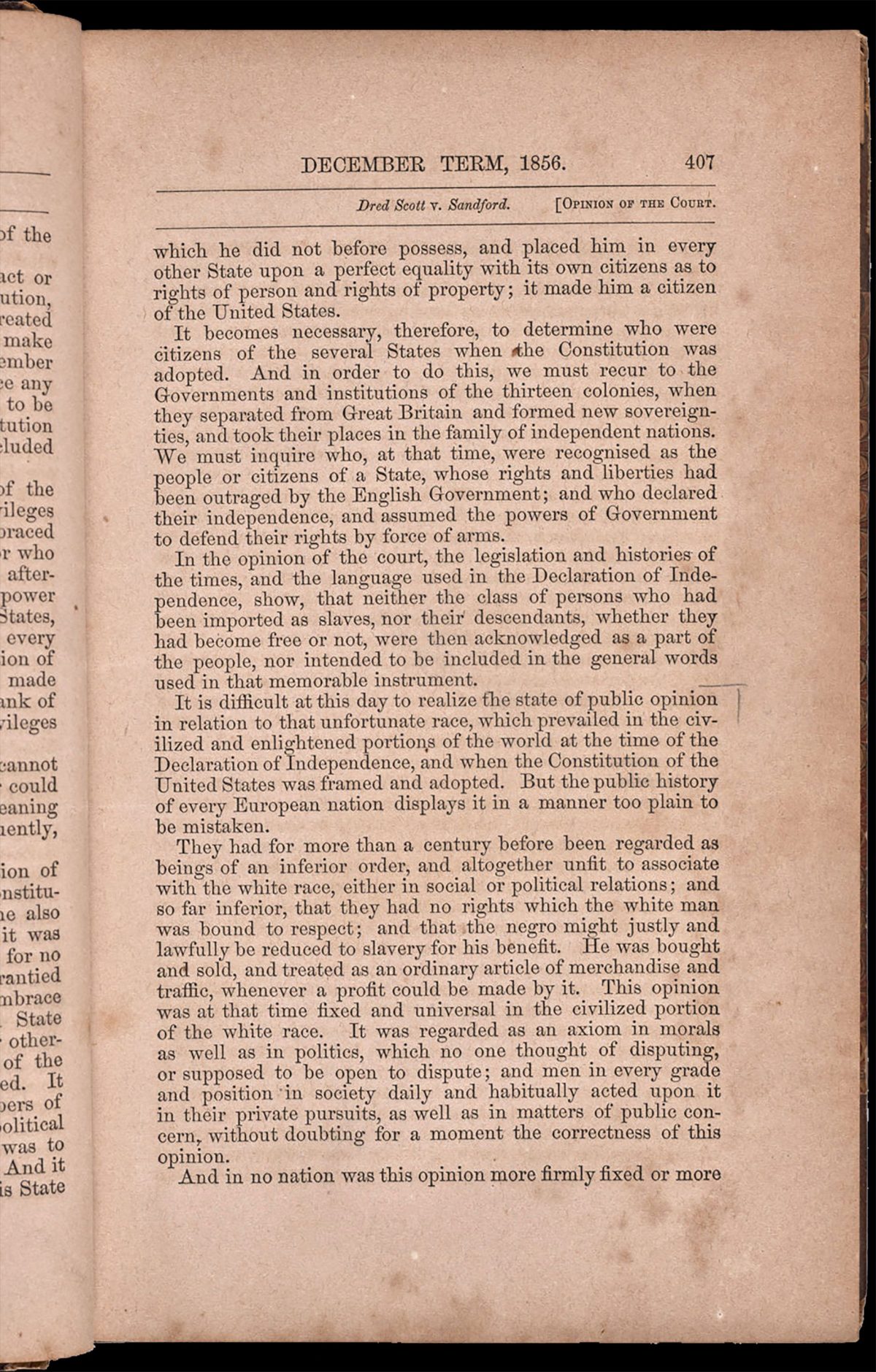 Opinion of Chief Justice Roger Taney in the Case of Dred Scott, 1857

Dred Scott (1799[?]–1858), an enslaved African American, who sued for his freedom, had for a time lived in a free federal territory. When later moved to a slave state, Scott declared his status should have changed from enslaved to free, and that he could no longer be held in bondage.

In the U.S. Supreme Court’s ruling in Dred Scott v. Sandford, Chief Justice Roger Taney (1777–1864) asserted, based upon his interpretation of American history and law, that African Americans could never become U.S. citizens and that they therefore had no basic rights and could not sue in federal court.

Taney’s decision had far-reaching implications. Subsequently, the Court ruled that the Constitution did not allow Congress to ban slavery in federal territories, thus, overturning the Missouri Compromise of 1820 that had for more than three decades enforced a balance of power between slave and free states. These controversial, landmark decisions further enflamed tensions between North and South, only four years before the outbreak of the Civil War (1861–1865). 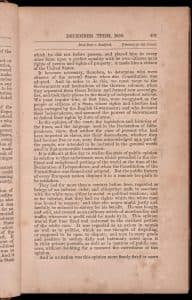 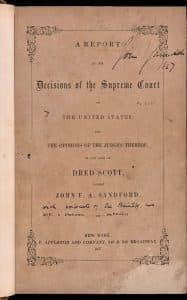 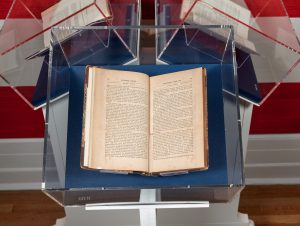