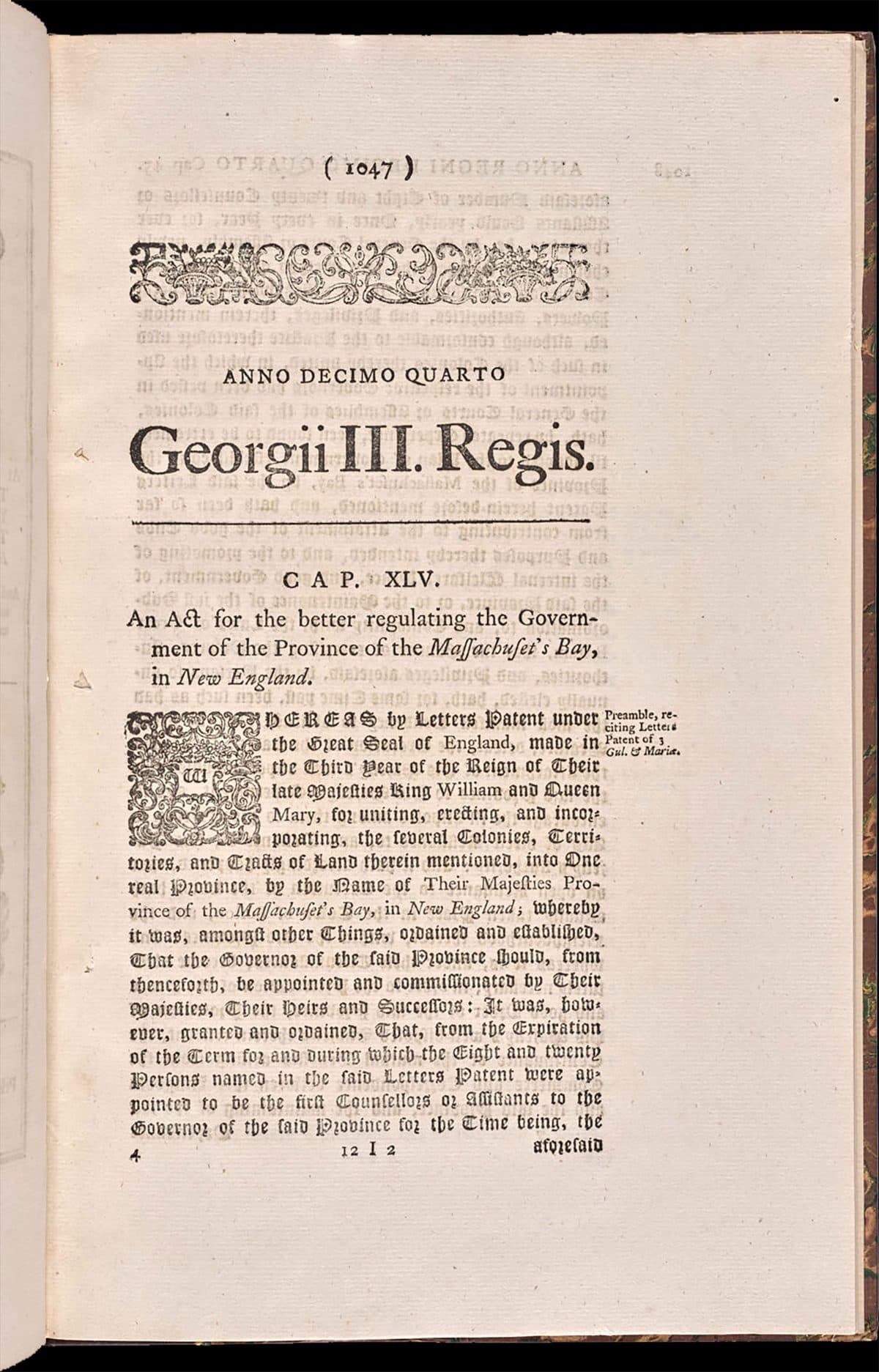 In December 1773, colonists threw chests of tea into Boston Harbor to protest yet another Parliamentary tax levied by the British without their consent. In response, Parliament passed a series of “Coercive Acts” to force colonists to recognize its authority. The colonists referred to them as the “Intolerable Acts.”  By abruptly altering key parts of Massachusetts’ popular 1691 charter, the Massachusetts Government Act convinced many Americans that British authorities did not respect their constitutional rights. The resulting tensions between Massachusetts colonists and British troops finally erupted at Lexington and Concord in April 1775 — the first military engagements of the American Revolution. 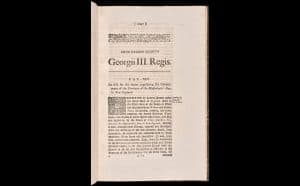 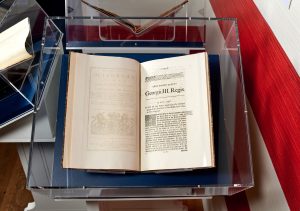