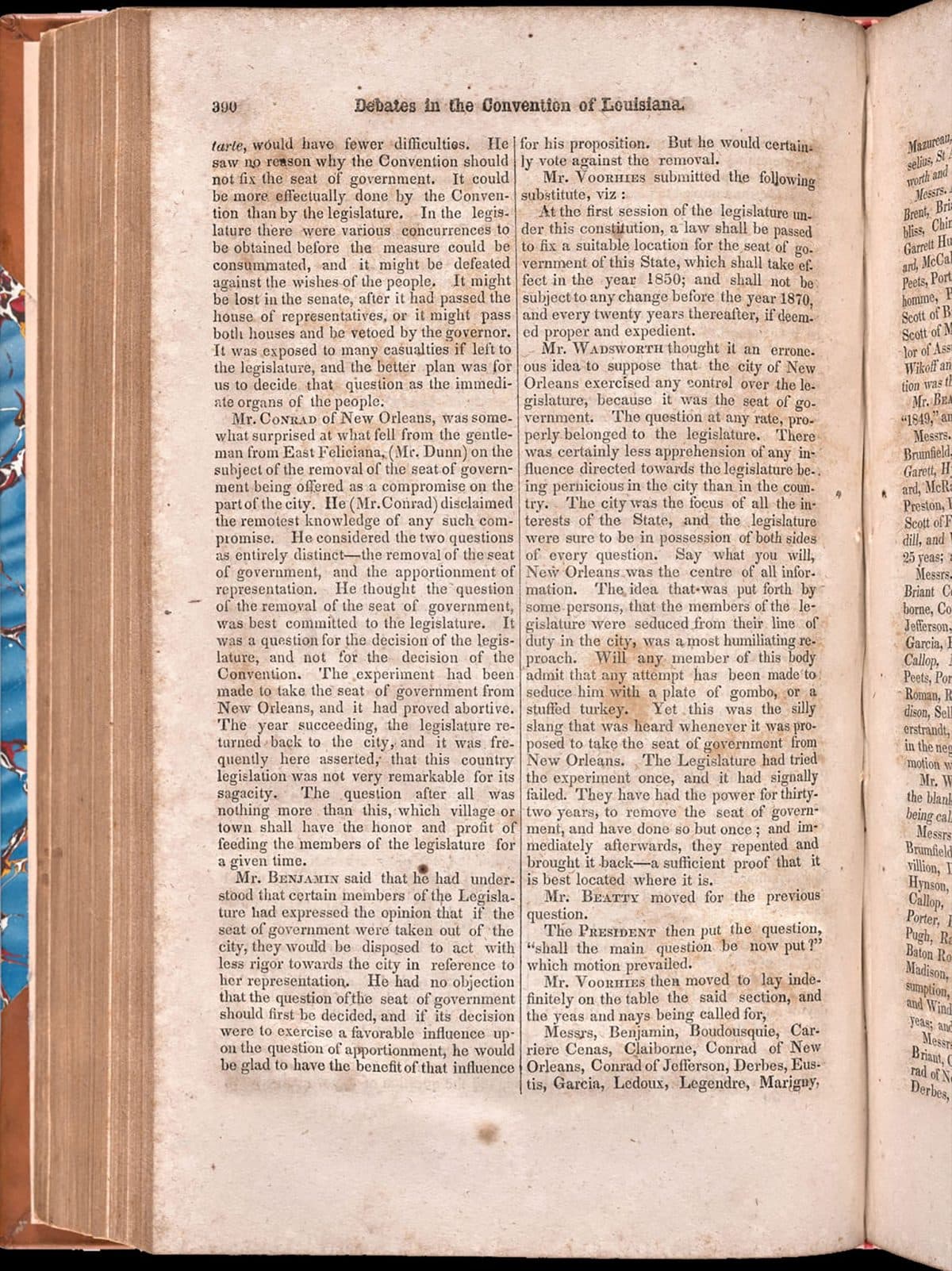 Debates of the Louisiana Constitutional Convention of 1845

Constitutional conventions gave citizens the opportunity to debate every aspect of their political system. In addition to allowing newspapers to cover conventions, many states published full records of debates. Among the numerous topics of debate in Louisiana was whether the state capital should remain in New Orleans or move elsewhere — a question that carried important implications for the state’s future development. A well-located capital gave citizens throughout the entire state easy access to their government. It could also promote the expansion of a state’s transportation and communication networks to new areas, to everyone’s benefit.

This large volume is testament to the degree of citizens’ involvement. 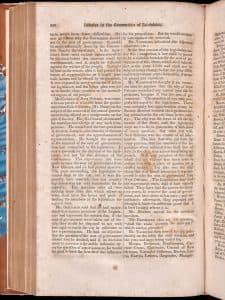 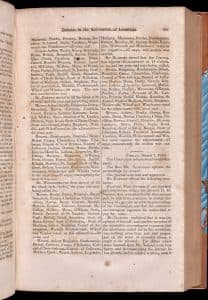 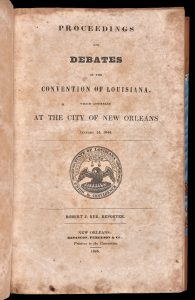 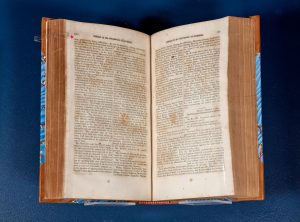