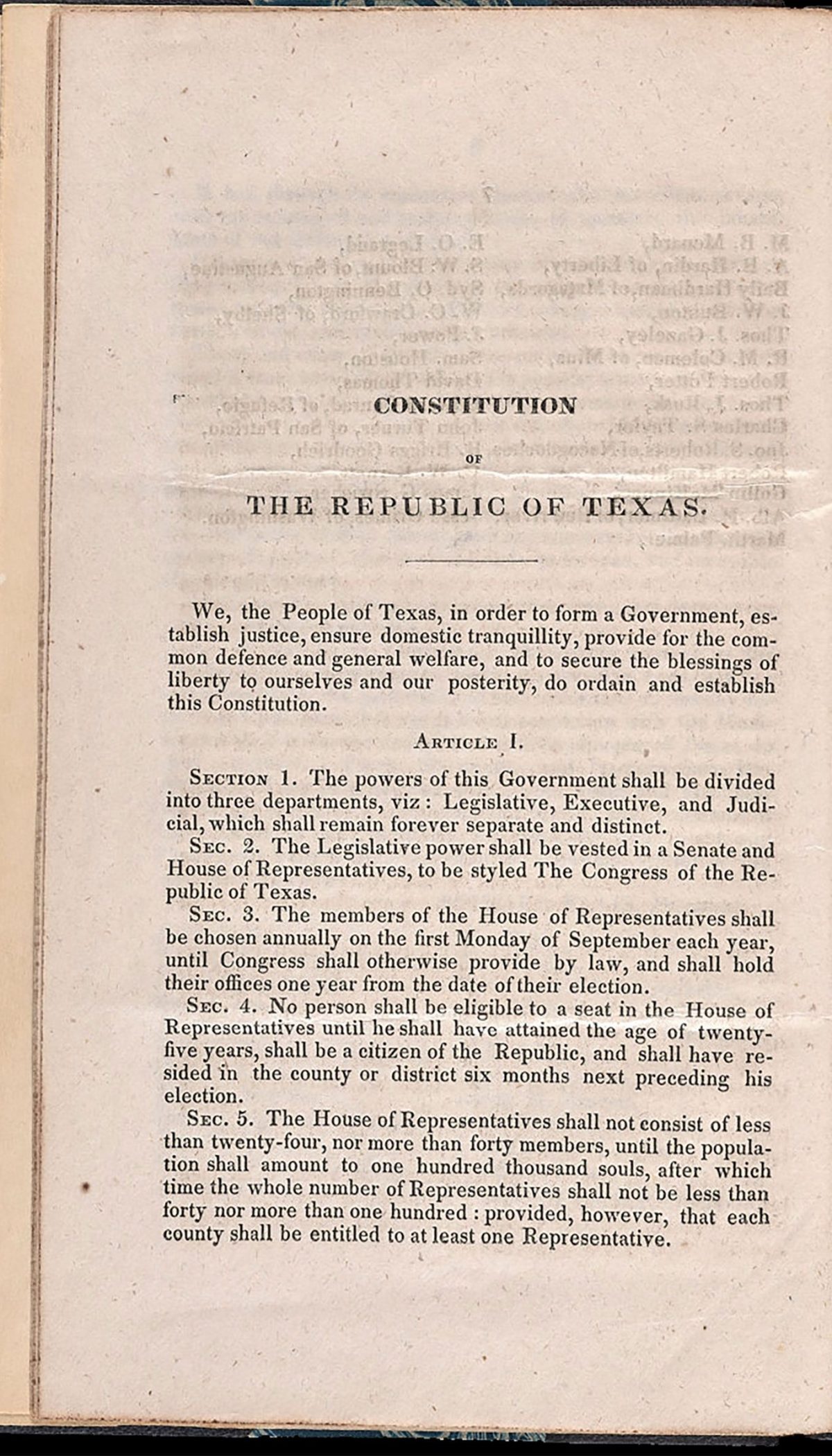 Constitution of the Republic of Texas, 1836

In the 1820s and ‘30s, thousands of Americans settled in Texas, then part of Mexico. Eager to exploit rich tracts of land with slave labor, settlers remained loyal Mexican citizens until 1836, when they revolted and declared independence.

The constitution of the new Republic of Texas included strong protections for slavery. Because many Northerners opposed adding another slave state to the union, the United States rejected Texas’ initial request for annexation.

Texas’ ultimate admission to the union in 1845 set in motion a train of events that led to war with Mexico (1846–48). Slavery’s presence in Texas—and its potential extension into new territories taken from Mexico—inaugurated an ominous new phase of the conflict between North and South. 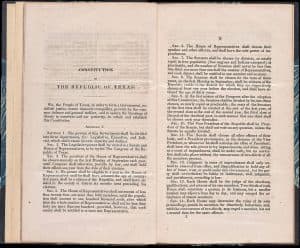 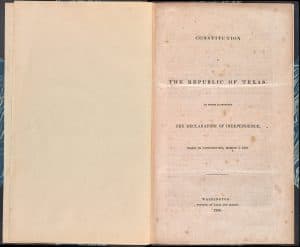 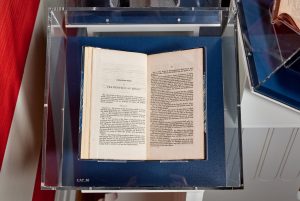