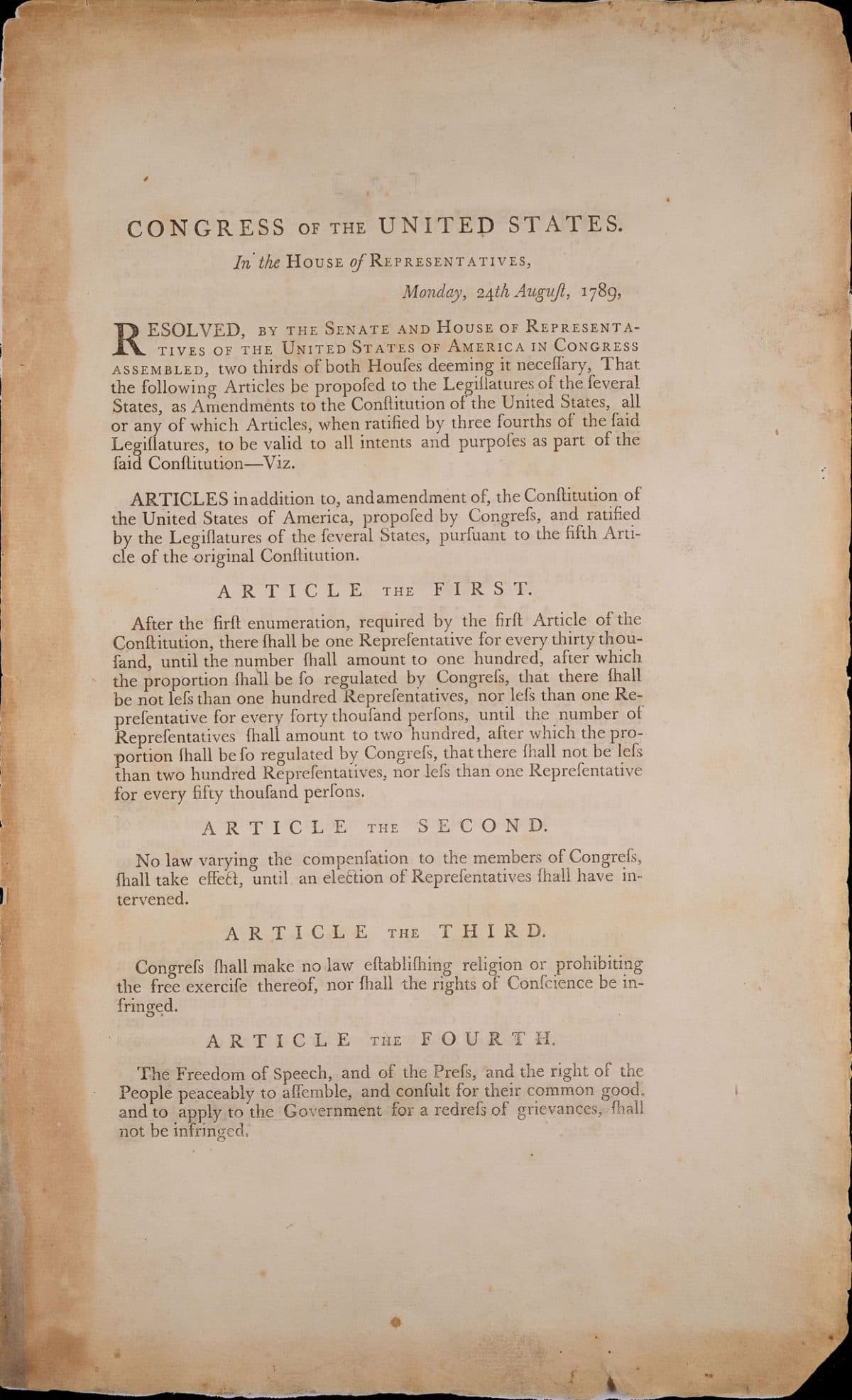 Bill of Rights as Proposed by the House of Representatives (17 Amendments), 1789

The U.S. Constitution, as originally ratified, was criticized by some for its lack of a bill of rights—a list of citizens’ rights—similar to those found in many early state constitutions. People continued to worry that the new federal government might use its extensive powers to infringe individual liberties and the proper authority of the states.

Because the framers had written into the Constitution the possibility of amending it, the first House of Representatives, led by James Madison (1751–1836), approved a list of seventeen proposed amendments to address the concerns of the Constitution’s critics.

The list was transmitted to the Senate for its consideration, after which time the House and the Senate worked together to refine and agree on an eventual twelve amendments. (see Cat. 15) 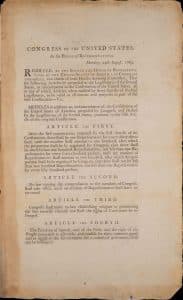 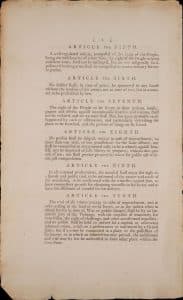 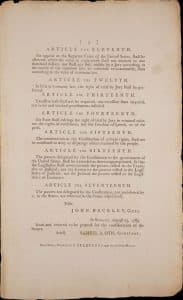 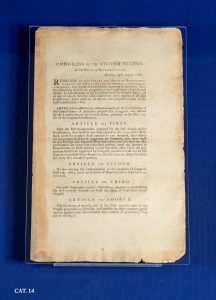 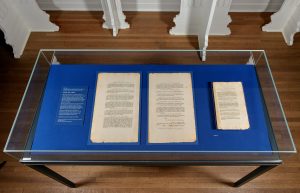