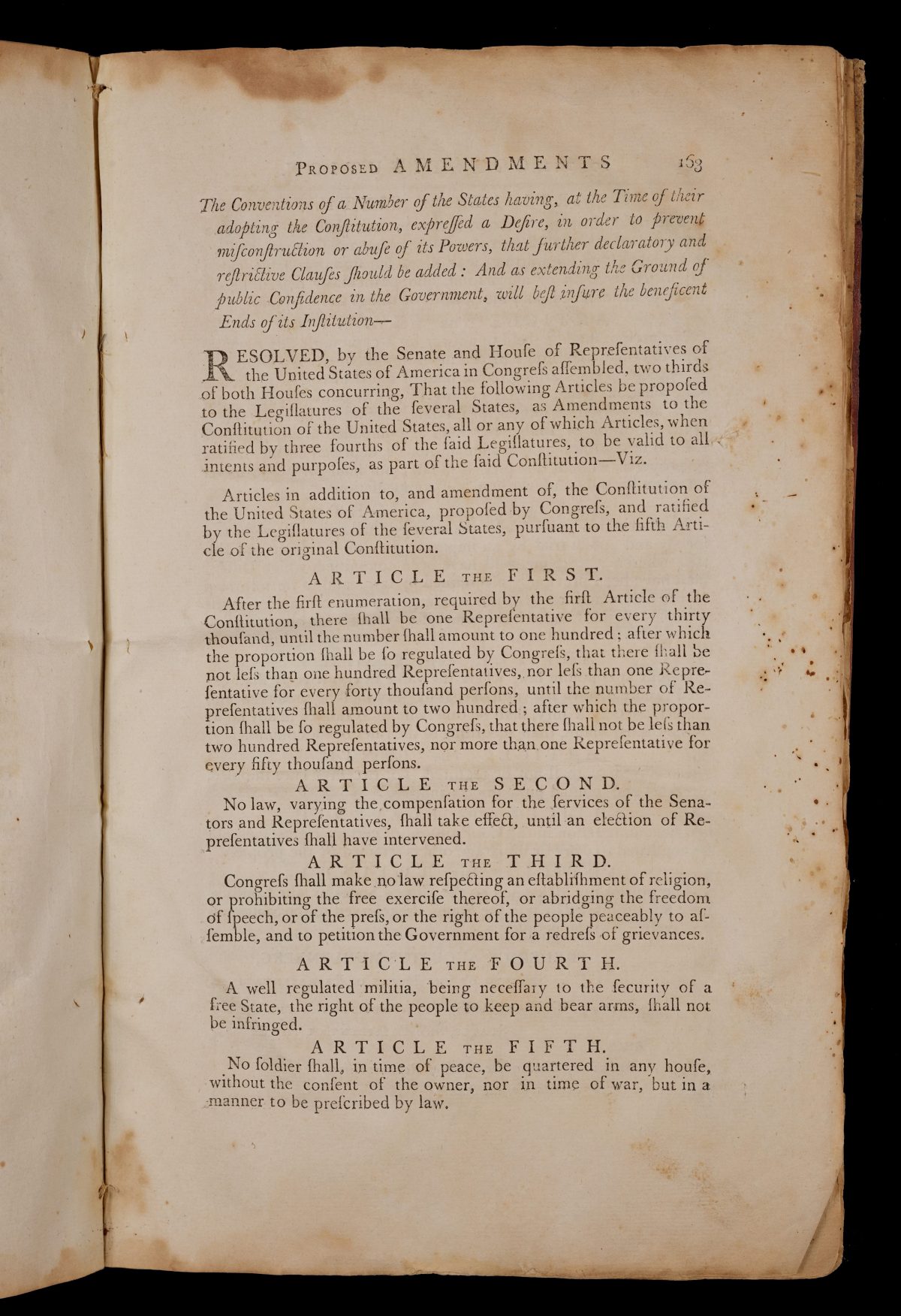 Bill of Rights as Approved by Congress (12 Amendments), 1789

Once the Senate received the seventeen proposed amendments, members of the House and Senate worked together to refine the list (see Cat. 14). Ultimately, they agreed on the wording and order for twelve.

Ten of these amendments secured ratification by the required number of states in 1791 and came to be known as the Bill of Rights.  The Rights in these ten amendments are the fundamental pillars of our government.

As an example of how our Constitution continues to evolve, the second amendment approved by Congress in 1789, failed to secure ratification at that time, but became the 27th Amendment in 1992, more than two centuries later. 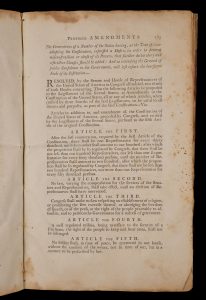 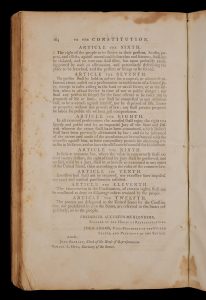 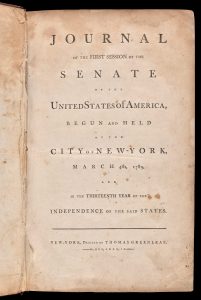 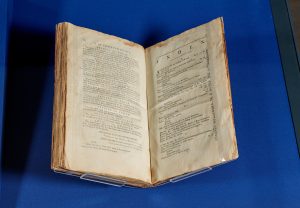 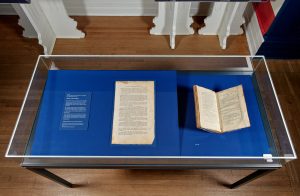