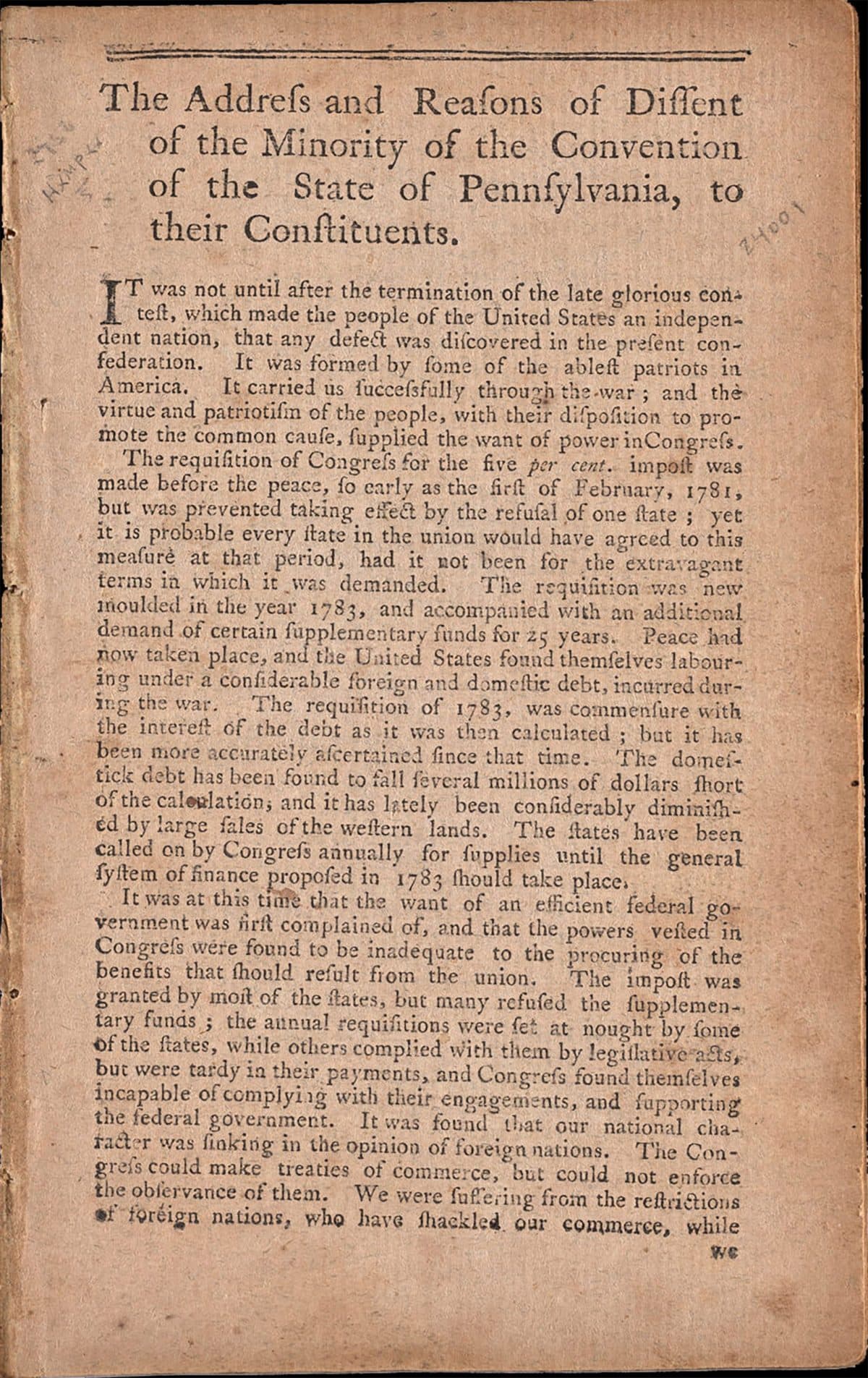 An Antifederalist Critique of the Constitution: Pennsylvania, 1787

Before the federal Constitution could go into effect, it needed to be approved by the people in state ratifying conventions. As citizens passionately debated every aspect of this new Constitution, those who opposed ratification became known as Antifederalists. Antifederalists worried that the federal Constitution would destroy the states as meaningful political communities and create a single, “consolidated” national government less responsive to the people’s voices and more dangerous to their liberties. A group of delegates in the Pennsylvania ratifying convention were among the first to articulate these concerns in 1787. The Antifederalists’ efforts during the ratification debates helped ensure that a bill of rights protecting citizens was eventually added to the U. S. Constitution. 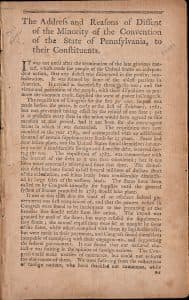 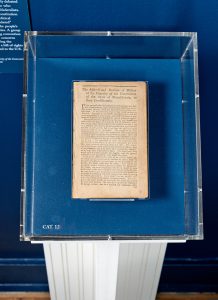